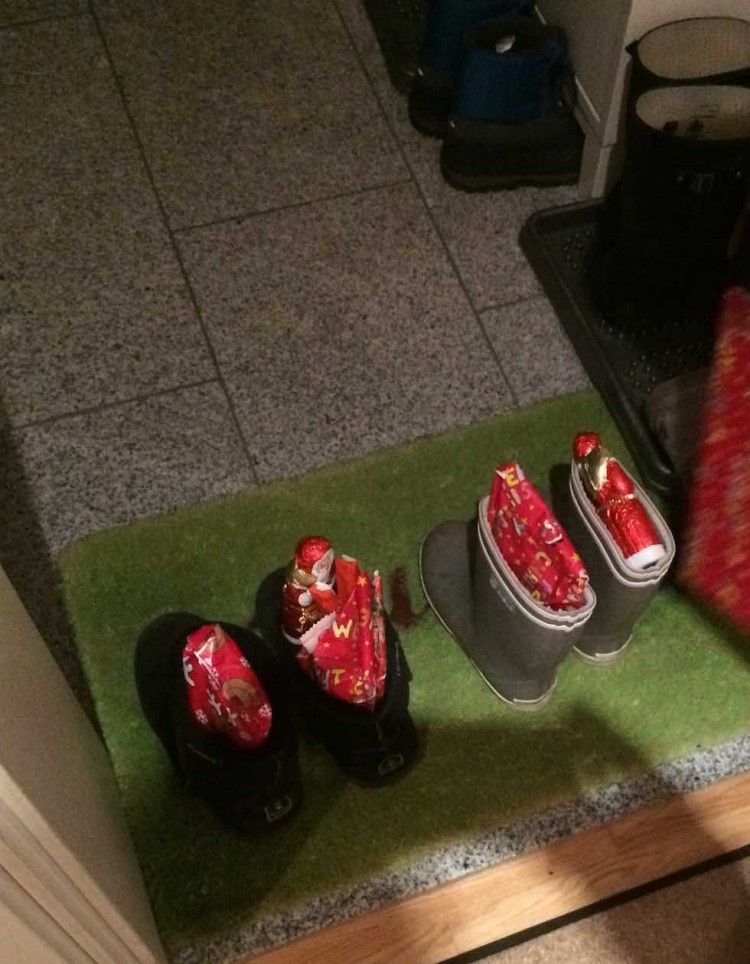 a German tradition on the 6th of December

Nikolaus takes place on the 6th of December and kids are so excited!
Nicholas of Myra was a Greek Christian bishop known for his miraculous acts and giving gifts secretly. Nowaydays he is known as the patron saint of little children, sailors, merchants and students.

Children need to clean their shoes (they usually chose their boots as there is more room J) and leave one boot (or two depending on their behavior) outside their door on the evening of the 5th. During the night the Nikolaus will come (YOU) and fill the shoes with goodies like sweets, nuts, mandarines or little presents – but only if the kids have been well behaved. In the old days kids, who did not behave well, did find a twig or else...

Some community centers, schools, kindergardens organize for the Nikolaus to come. He will appear, dressed like a Santa Claus in a red cloak, white beard and a sack, and ask the children to sing or recite a poem. Only then, he will hand out the sweets. In the old days he came with his assistant Knecht Ruprecht, who gave out verbal warnings or pretended (at least I hope so) to punish children who misbehaved.

I remember being a little scared of Knecht Ruprecht as a child.

Today many religious and non-religious households still follow the tradition to make their children behave and give them a treat.

Posted 3 years ago Posted in in Kids, Christmas, German Tradition

back to top
en